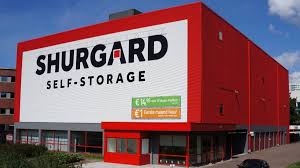 The existing Shurgard Europe management team will continue operations in Brussels, Belgium. The new joint venture includes Shurgard’s 20% equity interest in two existing ventures which are the subject of previously disclosed arbitration. If the remaining interests in those ventures can be acquired, they may be incorporated into the newly-formed entity. In connection with the transaction, the intercompany debt owed by Shurgard Europe to Public Storage was modified to (i) fix the interest rate at 7.5% per year, (ii) adjust the outstanding balance from approximately €381 million at December 31, 2007 to €391 million ($620 million) as of March 31, 2008, and (iii) modify the term of the loans to one year with an additional one year extension. In addition, Public Storage is committed to provide additional loans to Shurgard Europe, under these terms, up to €305 million to fund Shurgard Europe’s obligations to repay existing third-party indebtedness owed by the two previously mentioned ventures (a total of €256 million at December 31, 2007) and the possible acquisition of the remaining interest in those two ventures.